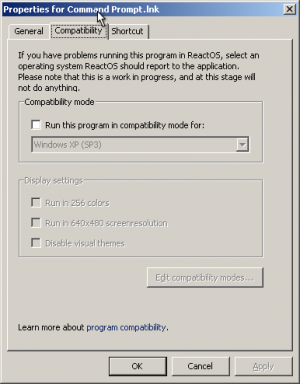 In ReactOS there are some libraries such as advapi32_vista, kernel32_vista, ntoskrnl_vista and ntdll_vista. You can think that they are for the implementation of Vista+ APIs in ReactOS, but it's a mistake. For now these are present to provide needed functions for linking Wine's dlls which ReactOS uses. [12]