Shell in ReactOS initially was absent. She was implemented in v0.2 by Martin Fuchs, at that implemented wrong from point of view program architecture. In ideal by functionality she need be analoguous by Windows shell, but for good work she need library Shell32.dll.

Work under new shell started Thomas Bluemel. As prototype he choose Windows 2003 Shell and do delimite of functions of explorer.exe and Shell32.dll. But due missing Shell32.dll new version of Explorer didn't work yet. Later Andrew Hill converted shell32 into C++ and implemented browseui.dll, the file browsing window library.

First big step in Shell32.dll development was contract which was concluded with Giannis Adamopoulos for rework Shell32. The result of the contract it became possible to start in ReactOS and allow a user to browse about explorer_new. In addition to the code developed during the contract, Giannis has produced copious amounts of documentation regarding the shell infrastructure.

After contract with Giannis 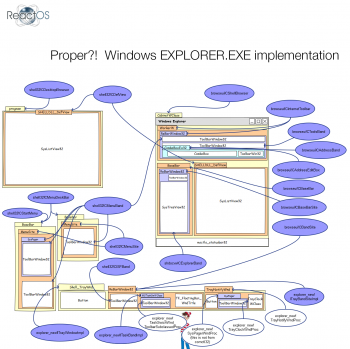 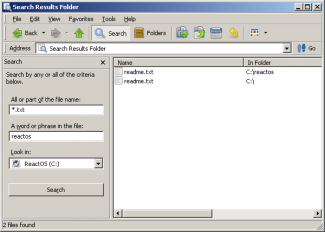 In 2019, In the GSoC boundaries was implmented file search.[3] 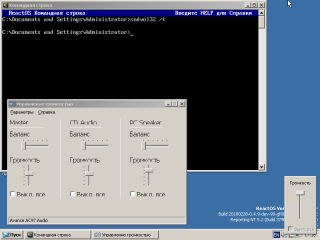 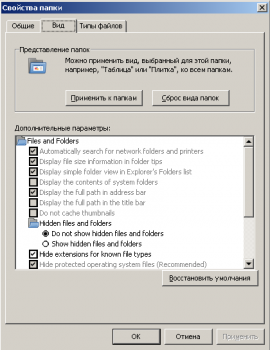 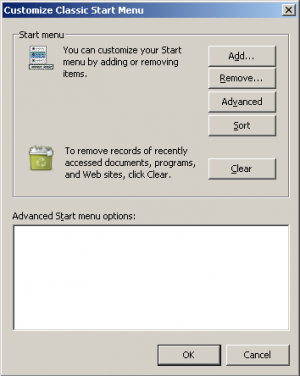 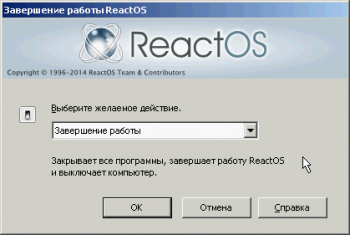 ShellBag information is a set of subkeys in a user registry hive (eg. ntuser.dat and usrclass.dat files) used by the Windows operating system to track user window viewing preferences. It does this by storing various Windows Explorer settings that relates to dimensions, settings, etc. This allows one to reopen the same folder at a later time with the settings from the previous time. Each user will have separate preferences for folders, and therefore, these settings are stored in the appropriate user hive.[7] 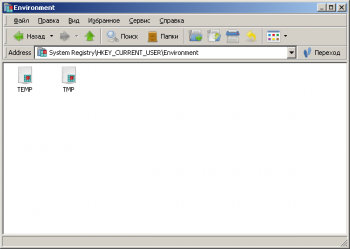 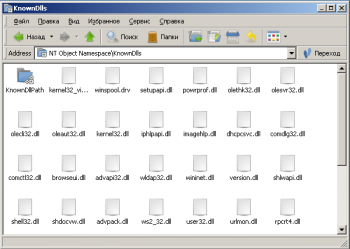 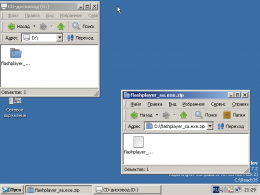 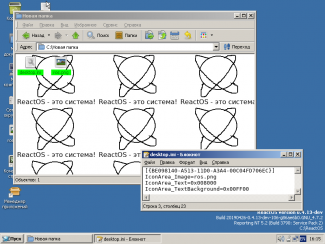 04.04.2019 ReactOS Explorer background was implemented. For creating folder background you must place to it an image file and a *.ini file with the following contents: 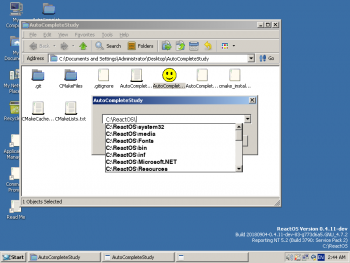