Samba is an alternative implementation of SMB. It gives access to network disks and printers on various operating systems by protocol SMB/CIFS. ReactOS doesn't have a built-in client. But, you can use third party client Samba/Samba-TNG.

Originally, in ReactOS it was planned to use Samba-TNG (fork), unlike Samba separates every service to separate application. But, at this moment, project is abandoned. Last release was in 2009. Copy exists on svn.reactos.org.

In February 2017, for MS Word 2010 support, for temporary implementation of NTLM Hermes Belusca chose Samba 3.0.23 and uploaded it to trunk of ReactOS. But, despite what its primary goal - NTLM for Word 2010, its original functions can be run. 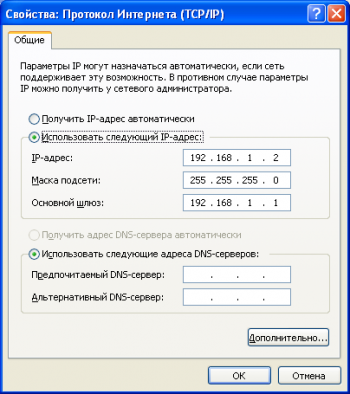 In order to connect ReactOS to resource without password on the server, enabling guest account is needed. For that: 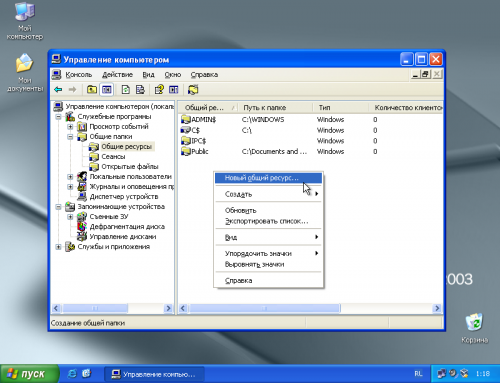 In the master select a directory for shared folder. In permissions choose: "Administrators have full access; other users have read and write access".

You can change permissions later in folder properties, on Security tab. (need change at user Guest). 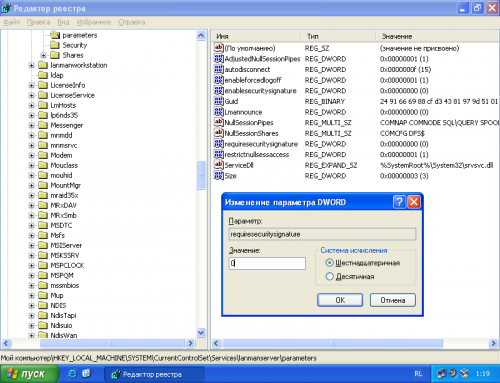 In order to get access for ReactOS to SMB-resource, disable a parameter in registry called RequireSecuritySignature is nedded. That will make server less safely, but give ReactOS access to it.

Download and install Samba to C:\Program Files\Samba (You must pre-create the folder) 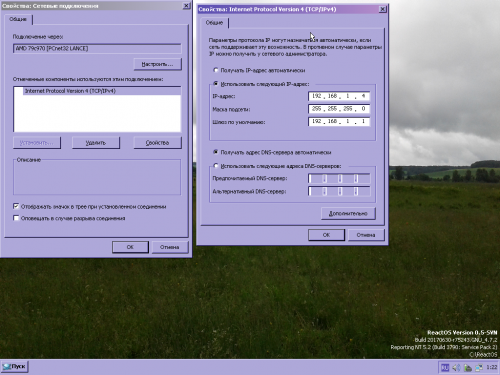 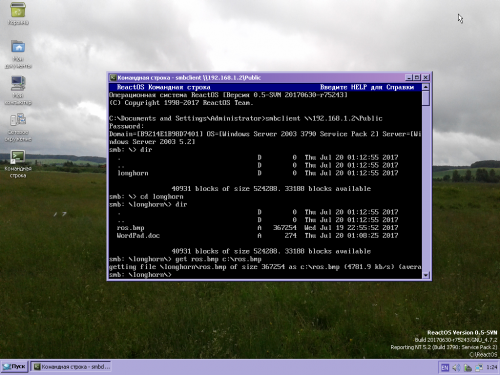 Default, client does not display files on Russian. But, after two steps you can get support of Cyrillic in the client (but not fully - the client itself don't support input and output of Russian).