The day after: ReactOS in the OpenSourceLisbon...

The day after: ReactOS in the OpenSourceLisbon...

28th September was a sunny and amazing day for us, the open source lovers. During the whole day, the Universidade Nova de Lisboa held the #OpenSourceLx event. The biggest and free open source event in Portugal.

Projects and companies as Syone, RedHat, Microsoft, Elastic, FSF, IpBrick, among others, were offering simultaneous talks during the event. In this edition ReactOS was invited to talk about the project evolution during 45 minutes in the "ReactOS: the open source Windows clone". 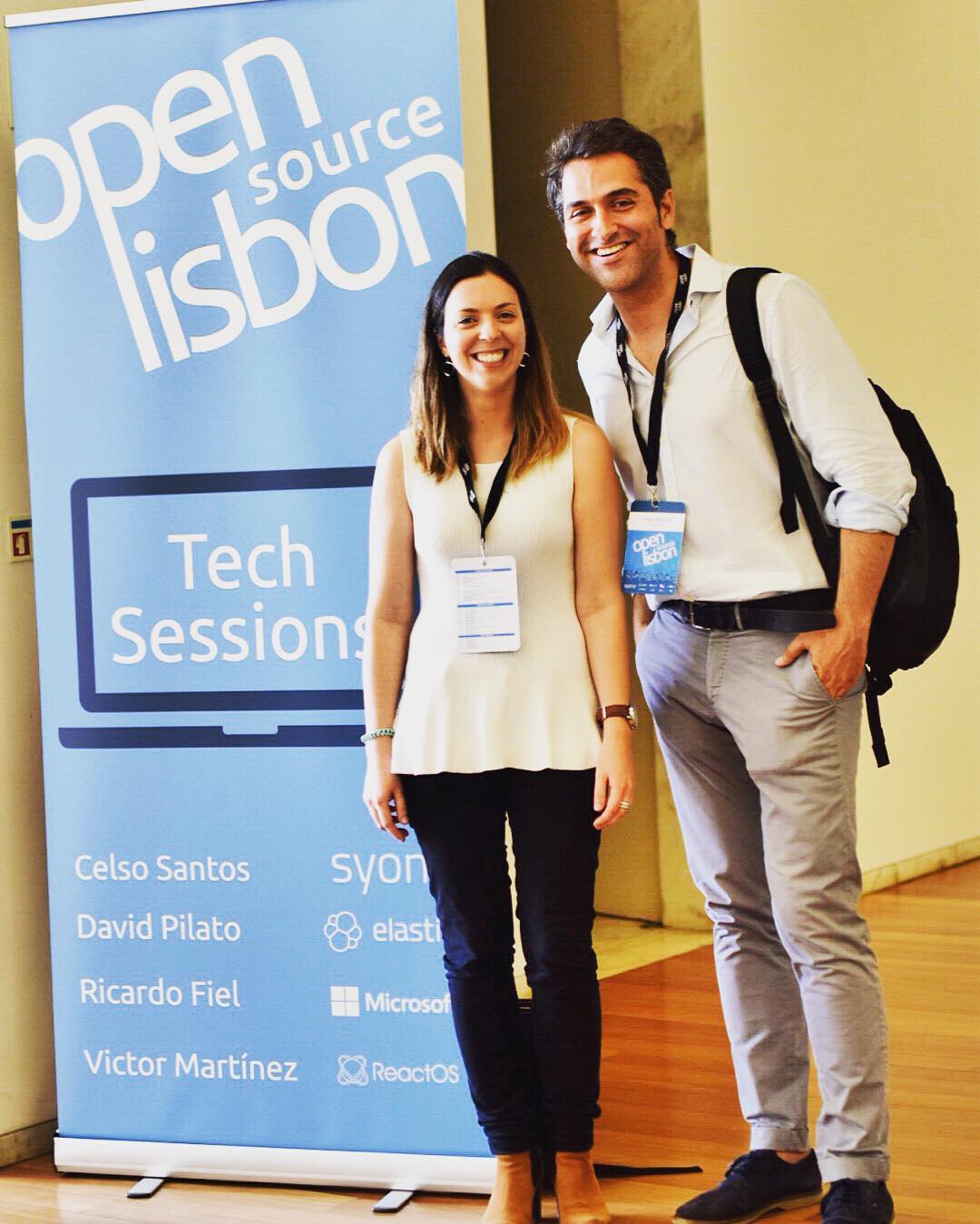 
Organizers of the event were really amazing guys. Do you know that feeling when you step into an open source event and you immediately notice the organizers do *really* believe in open source? #OpenSourceLx is one of those. They don't try to impress you with tons of commercial activities but they do really select useful and informative talks.

So after enjoying their Talks, it was time of the ReactOS one. 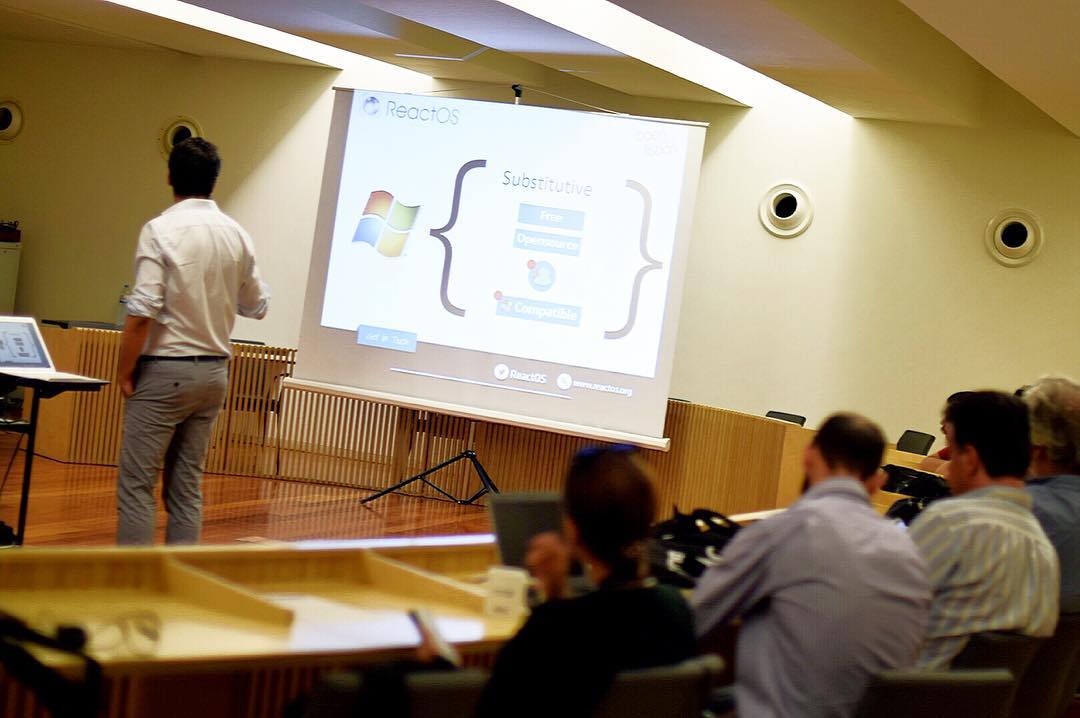 During the "ReactOS: The open source Windows clone", I tried to highlight why ReactOS is attracting newcomers daily, what's the difference between an alternative and a substitutive operating system (and how that impacts in the migration failures), and stepped into the ReactOS architecture just to show how ReactOS mimics/clones the Windows one in order to ensure the maximum compatibility in the medium and long term.


After finishing the talk, Demo time started. Or maybe it did not?
As soon as I minimized the full screen PDF presentation it was revealed that during those 45 minutes the talk was being done using ReactOS and not any other OS. Even more, the PDF was executed on Acrobat Reader X. Choosing Acrobat was not a coincidence, to begin with it doesn't have a Gnu-Linux version (so no one could think ReactOS is a Linux distro "dressed" as Windows) and also it is a complex software to show ReactOS nowadays capabilities. 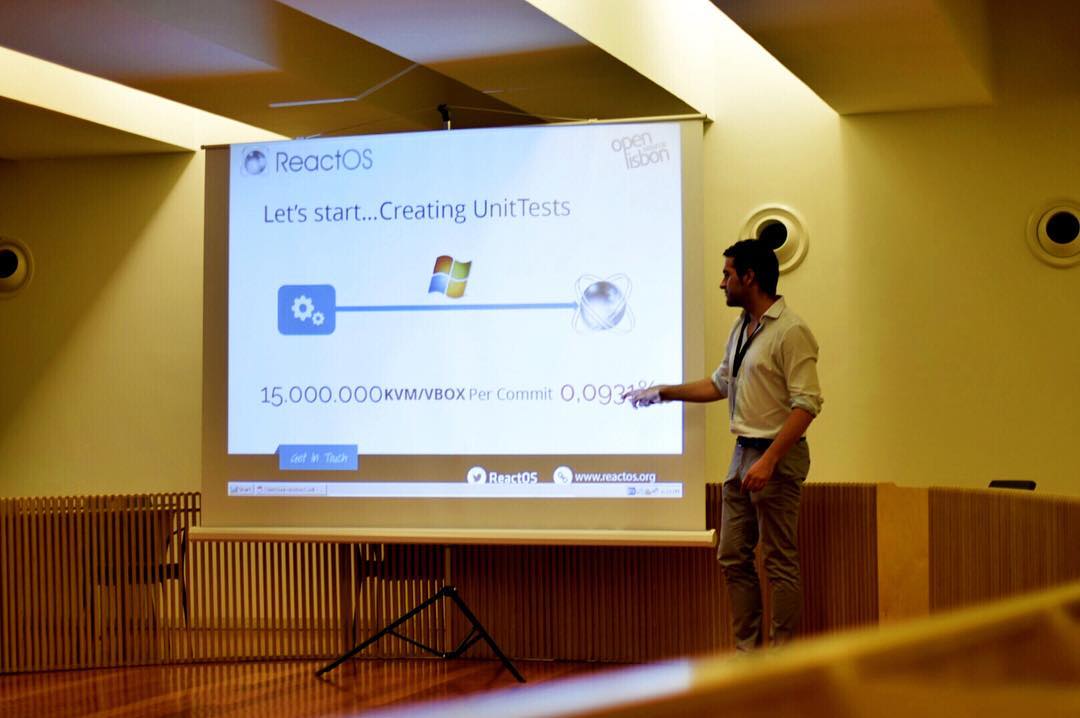 As soon as the people in the talk realized it was ReactOS, the "Woah!" and murmurings started to happen, mixed with a flow of questions. It was a really pleasure to show the amazing progress the ReactOS team has achieved, and revealing an exclusive: ReactOS was going to migrate to GitHub on 3rd October after 20 years using SVN.

Again, and in the name of the ReactOS Foundation, I want to thank this amazing opportunity for ReactOS (It was our first time ever in Portugal!) with special kudos to all the volunteers and the organization staff I had the opportunity to talk.

Discover the latest official info about the ReactOS Project!