A part of me feels a tad guilty testing all of you with promises regarding shell progress. Another part of me feels no guilt whatsoever and I tend to listen to that part more. It helps having no conscience when doing PR, I have found.

Anyway, recently I started doing the prep work needed for a new release of ReactOS, which will be 0.3.16 despite the constant badgering for me to just go ahead and call the next release 0.4.0 by certain, parties that will as yet remain unnamed. During the call for testing, I mentioned that explorer_new had been bundled in ReactOS for quite some time now and invited people to try it out. What I really should have done is lay out exactly what is expected to work and what currently does not work.

First and foremost, the start menu does NOT work. This is because the necessary classes in shell32 have not yet been implemented. At this point, clicking on the start button won't even bring up anything, though David Quintana has a local development copy that at least produces an empty window. Second, the taskbar itself does not really work. Beyond the start button and tasktray with the time, nothing else gets shown, though there is an amusing bug wherein the tray's background does not refresh unless a theme is enabled. Now for a few things that DO work. The desktop itself obviously works, as does bringing up the file browser and walking through the files. The menus and address bar however do not work since, again, they rely on classes that have not yet been fully implemented in shell32.

As one can see, there is still a lot of work to do before we get feature parity with the old shell. Despite this however, what does work so far in explorer_new seems to look and feel more polished than in the old explorer. This feeling is subjective of course, but I think everyone can agree that while the old explorer has served the project well, it was slowly unraveling as many of the assumptions it made in the past have systematically broken down as ReactOS became more complete. Now, for one last little tease. 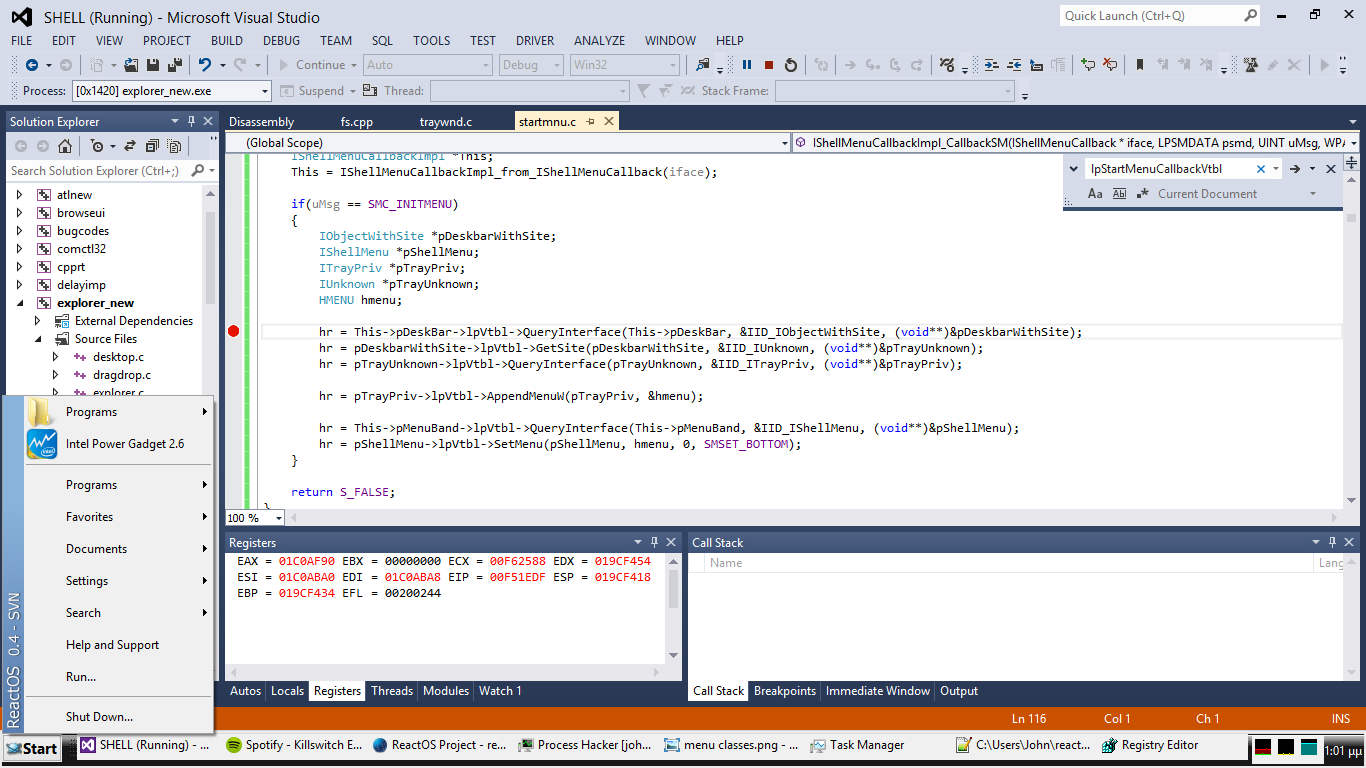 Yes, that is Windows 8. Yes, that is explorer_new running. And yes, we HAVE restored the start MENU. All hail desktop operating systems.