by LMH1
I have a idea of new reactos.

It is bad or great?
What can be better?

It is too avanced to make in reactos?

by Bond007s
Why not try something similar to Windows 7 if you want improvement in interface....


Bond007s wrote: Why not try something similar to Windows 7 if you want improvement in interface....

ReactOS must have a future, and I hope ReactOS will have it.
And in a few year be free/opensource operating system replace of windows operating system. And like easy to use that windows 7 is now.
No hardware driver is required (a lot of driver is on installation cd) and easy to download e.g firefox, openoffice on Reactos download manage.
ReactOS must also have better compactibility and working together with linux (read/write acress on ext2/3) compactibility in wine/samba.

But "windows vista/7 use Aero to better window theme" and "Reactos can use ReactOS virtual window" that look more transparent.

by Elledan
I agree with the idea of putting commonly used options together, instead of forcing the user to dig through a few menus. It's easy to do for me since I have done it a zillion times already, but to a novice user things like the refreshrate are a tad hard to find.

Is it also good? Or bad?

Elledan wrote:I agree with the idea of putting commonly used options together, instead of forcing the user to dig through a few menus.

Just to use Elledan's words for my own thought, this is exactly what Windows 7 does NOT do with ~4 windows for just wallpaper and theme settings.

LMH1, you have some nice idea with the display settings. I find the suggested system informatin quite unnecessary, though.

by GoBusto
CPU-Z already exists for this anyway.

That said, I wouldn't complain about having a single extra panel that allows me to see this information without installing it.

by Phalanx
Your display options add clutter. The thing about windows 7 people like is there is less clutter (same with OSX). If you can do the same with less controls, then do that.

by Black_Fox
Then it may hide less often changed settings via subtle "show advanced options" button. 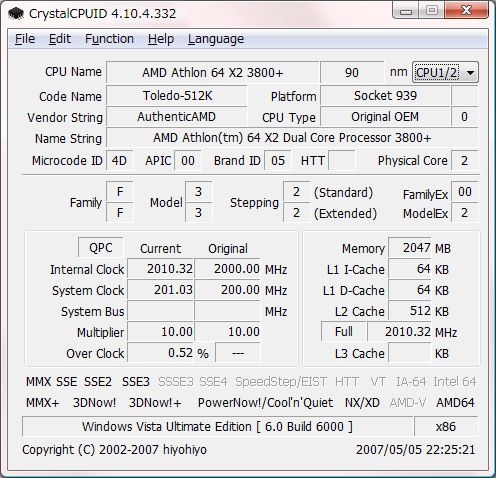 i love it ! easy more Informations to more knowing ..
so it is giving to learn about it, how manny it's need Workspace to work like Ram or CPU-Speed,
to know, it is enabling to use old computers too.
Rather more honest information for the user than too few, and later he learns he has to go and can also distinguish between a gate to be kept or simply to get honest information. Than be existand to be know more as only a platform to execute some programs.. later can download CPU-Z and CrystalCPUID for this executing anyway too.

Is it also good? Or bad?

by eXcaliburN
I've been formulating in my head for a while better ways to utilize the screen manager for dual screen setups, and I'm working on making it some kind of 3rd party software that will allow users to manage it more efficiently, make it open source and pass it onto ReactOS if its particularly good.

main ideas for layout include, don't use a screen image, use the simple square, the functionality there is the same, however, when a screen is selected in that view the options below are context sensitive, refresh rate, resolution, colour depth, etc.
This is mighty efficient, reduces clutter, and as for the 'wide screen' option, its dumb, the screen I'm pretty sure tells the OS what resolutions it can handle. also the dual display option, some people like having 3 / 4 screens if they have the hardware. so go for the classic 'extend my desktop to this monitor'.
Another option I would like to see is the desktops that can be switched between, the 1&2 you can see in the taskbar, i would like to see an option to get that running one on each screen. most likely have a taskbar per screen. perhaps with the option of having a different image on each for a background.
This is something i would include in the program I've been meaning to work on... but I've only done a little bit of games programming so I'm going to get a mate to help me with it.

If menu clutter is a problem for some people, the context sensitive areas of info will create a scalable clean interface for unlimited screen support. I like having lots of options available, but if people have to concentrate a great deal just to find out which option is for which screen, it will be annoying.