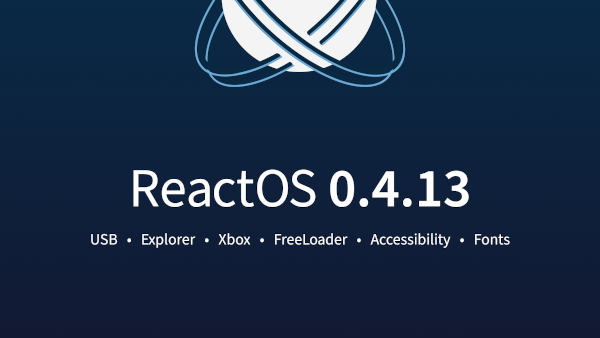 USB Improvements
USB (Universal Serial Bus) is an important standard adopted throughout the industry and used widely on many devices such as external storage, keyboards, mice, and various other devices. Notably, there are a great number of computers that do not come with a CD-ROM drive these days, with the only option being USB in order to boot or install an operating system. The USB stack itself is arguably a very complicated one, the code to support it is complex, and maintaining it is not an easy task. ReactOS currently lags behind an advanced USB implementation as various bugs and regressions still plague the system. Despite this, many people have worked hard and contributed code to improve USB functionality in ReactOS.

Explorer File Search Bring-Up
The graphical shell (aka Explorer) is a vital component that allows the user to interact with the system. The shell itself, though, lacks a lot of stuff which deeply limits the overall ability for the user to interact with the system in an easy and flexible way. However, with work done during the Google Summer of Code 2019, the shell has seen a new feature implemented - file search. Thanks to student Brock Mammen, this feature will help the user find the exact location of a file without the hassle of having to search for content manually or to rely on third-party programs. The screenshot below demonstrates the search feature in action: 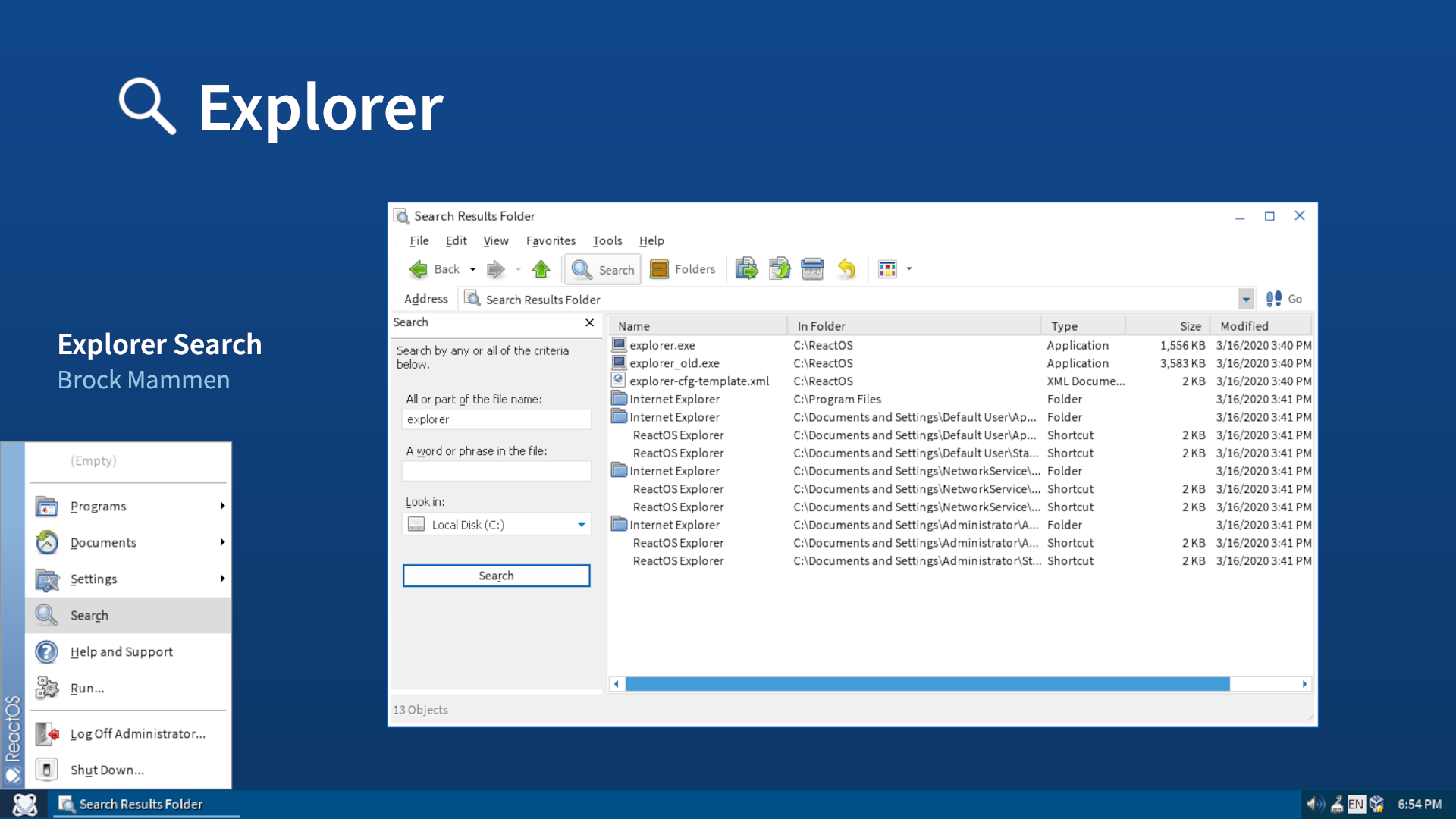 Xbox ReactOS Port Improvements
Once upon a time, ReactOS had an Xbox architecture port specifically to boot ReactOS onto the first generation of Xbox console hardware. With ReactOS code making significant changes over time, the port was not maintained and had been largely ignored by developers who were focused on other issues. 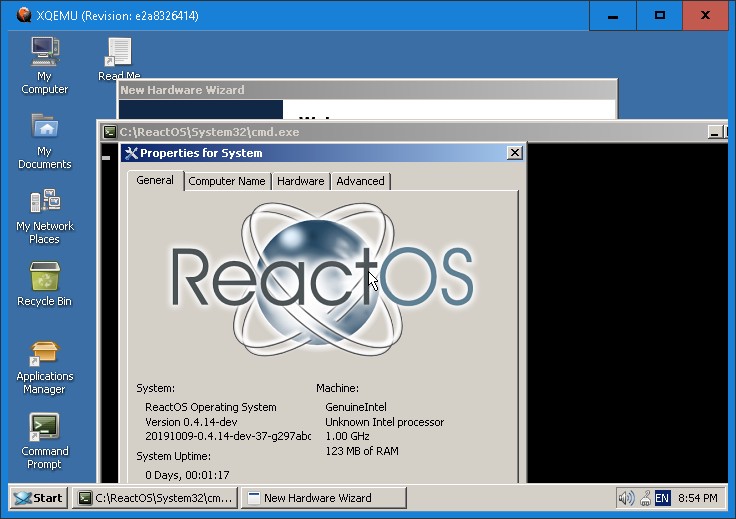 FreeLoader FAT Boot Speed-Up
In past releases, booting ReactOS on a system that was partitioned using the FAT filesystem could be a burden, as you had to wait some time for ReactOS to boot. FreeLoader (the ReactOS bootloader) has to do a lot of stuff in order to get ReactOS ready for boot, but unfortunately it was
doing this in an unoptimized way. In this release, Victor Perevertkin did a great job optimizing the FAT driver of FreeLoader, significantly improving the boot speed when using this filesystem for USB-RAM boot. 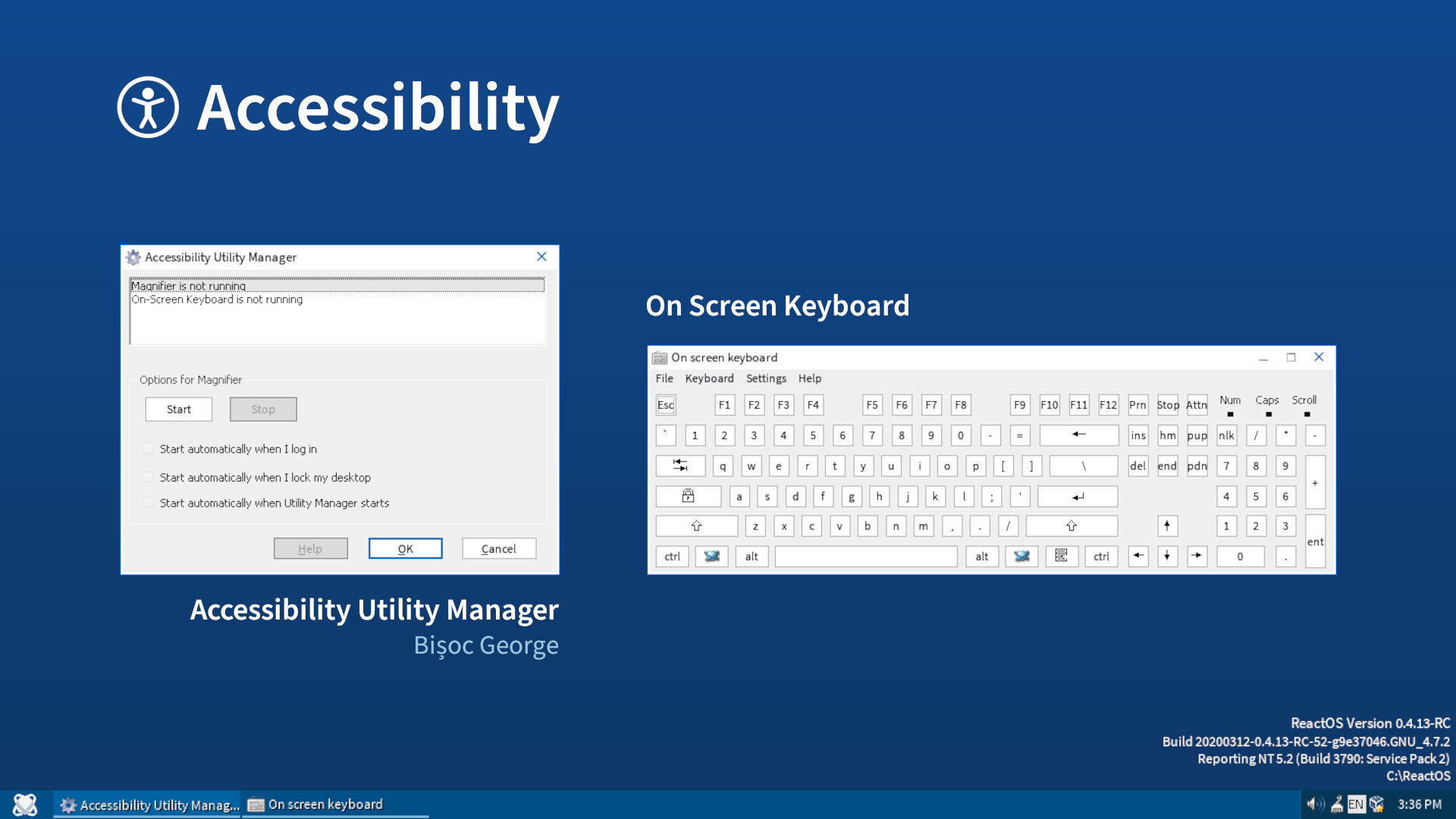 Font Management
Developer Katayama Hirofumi has continued his work to bring ReactOS’ font support closer to that of Windows. With the merging of two large
pull requests, system font management is now done via the registry rather than in an ad-hoc way. This brings improved compatibility and
stability to ReactOS.

Other Improvements
Besides the highlighted points of this release, we should not forget that the whole of ReactOS - components such as DLLs, applications, and other modules have been improved.

Third Party Syncs
ReactOS is an open source project that collaborates with various other open source projects all around the globe. The following list shows the 3rd party libraries that other projects share with ReactOS, and with the responsible committers that have synced the libraries with the ReactOS project.

Nice. I'm just now installing it in a vm
Top

read os does not run exe files (test: total commander 32bit application). After receiving an error message, I tried stretching the window which caused an error:

This is not the place for bug reporting.

Please read this and this.

Unless you have a reason for testing with 0.4.13, then try the latest build.
Please keep the Windows classic 9x/2000 look and feel.
The layman's guides - debugging - bug reporting - compiling - ISO remaster.
They may help you with a problem, so do have a look at them.
Top

what's new in this release?
Top

But 0.4.13 was released almost 12 months ago, so it is now an old release.
Please keep the Windows classic 9x/2000 look and feel.
The layman's guides - debugging - bug reporting - compiling - ISO remaster.
They may help you with a problem, so do have a look at them.
Top

As one full year has passed without a new version (and Nightly builds show 0.4.15 already), what actually happend to version 0.4.14?
Top

It is still not ready for release, due to having too many bugs, but you can find release candidates at SourceForge.
Please keep the Windows classic 9x/2000 look and feel.
The layman's guides - debugging - bug reporting - compiling - ISO remaster.
They may help you with a problem, so do have a look at them.
Top
Post Reply
13 posts • Page 1 of 1

Users browsing this forum: No registered users and 5 guests